Kyocera Reimagines Itself at Dealer Conference, with Some Not-So-Little “Magic” 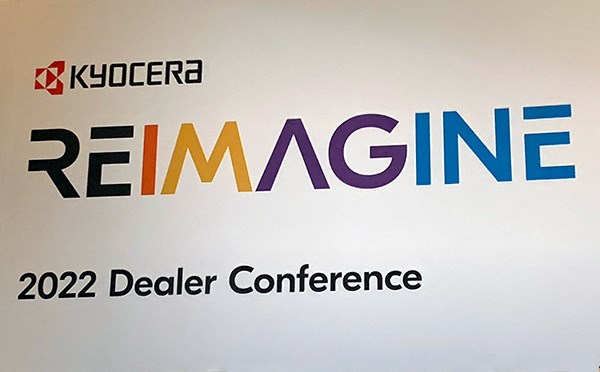 Creating a sense of closeness at a big, in-person event can be difficult to pull off. Fortunately for Oscar Sanchez, President and CEO of KYOCERA Document Solutions America (KDSA), and everyone else at the company who was involved with its most recent dealer meeting (June 1-3), they did so with relative ease.

Instead of the bright lights of a standard Vegas gig, Kyocera opted for the JW Marriott—always a quality choice—on the outskirts of San Antonio. Sanchez began his commentary during the general session with a story about his hard-working dad that fit snug into the show’s REIMAGINE theme. The “anything goes” Q&A with the company’s executive team furthered the feeling of intimacy. And keynote speaker Earvin “Magic” Johnson, who toured the crowd throughout his speech to chat and take selfies with many of the roughly 850 attendees, added even more to the vibe.

The company presented its eight-pronged strategy that encompasses hardware and software (office and production), professional services and managed IT, as well as e-commerce and subscriptions. It should go without saying that “pandemic,” “supply chain,” and “inflation” were oft-used words. But, at the end of the day, Kyocera representatives made no excuses and promoted change as a very good thing.

“ACDI was honored to be invited to Kyocera’s dealer meeting. The openness from Oscar Sanchez during his presentation and how much the entire leadership engaged with everyone was impressive. The REIMAGINE theme was spot on as we are all looking to find new ways to drive revenue, and it’s clear that Kyocera wants to be right alongside its dealers and partners to make a difference.” –Mark Hart, Vice President of Business Development at ACDI

So much of the ongoing crisis has been out of people’s hands that patience at the highest level is required of everyone. I mean, OEMs want product as much as dealers want product, right? Sanchez and his team apologized for the miscalculations, missteps, and mistakes over the last year and a half and admitted they had to do better (no damage control here), and the fact they did not overuse the word “sorry” was telling in the most positive way.

It’s no secret that Kyocera’s reputation and strength in semiconductors enables investment in many areas, including print. And while the company reported in a general way that A3 is down and A4 is up, it continues to reimagine its hardware portfolio as over 20 new devices were announced at the event. That said, it sure felt like Sanchez and team believe the future is in speed licensing, which Keypoint Intelligence believes will pick up momentum from dealers and their customers.

Kyocera has not been in the production space for very long, and it had a number of starts and stops during the inkjet KYOCERA TASKalfa Pro 15000c’s journey to market. We’re here now, though, and there are approximately 140 of these machines in field (MIF) in the United States (sold by 28 dealers), with roughly another 60 installed overseas. The primary use of the device is transactional (about 70%).

Software and Managed IT

One of the many things the pandemic has taught everyone—not just those in the print industry—is that software and IT are more critical than ever before. Matt Charlson, President and CEO of DataBank, a leading business process automation provider that was acquired by Kyocera in 2017, talked about the evolution from enterprise content management (ECM) to content services—and how its current state represents a $105 billion opportunity by 2026.

Reps from 225 of the approximately 430 dealers in the US (including Copystar outfits) were in San Antonio. It was reported that 67% of revenue stems from the dealer channel, with the remaining third from the 11 direct operations. Sanchez was adamant that there would be no competition between the dealers and the directs, and he also said that Kyocera is always recruiting new dealers but is wary of oversaturation.

“The Kyocera REIMAGINE 2022 Dealer Conference kept us busy from start to finish. We appreciated the honesty from Oscar Sanchez and the executive team on everything from industry trends to the supply chain crisis. While the dealer community is certainly feeling the effects of a global market shortage of supplies and personnel, Digital Office Equipment is confident that it will be but a temporary hurdle for us to overcome together.” –Wade Morgan, Sales Manager at Digital Office Equipment

While I would have appreciated more managed IT content during the Kyocera REIMAGINE 2022 Dealer Conference, the event was enlightening, informative, and real. Sanchez and everyone from the company packed plenty of energy, honesty, and positivity into the proceedings, and it felt like the attendees fed off that for the three days—or so the countless dealers I connected with in San Antonio said. Things have been tough in the industry. The pandemic and the supply chain nightmare are not helping one bit, so it’s awesome to see organizations reimagining or reinventing themselves. Clearly this big, in-person destination show struck a lot of the right notes, and the overall tone of togetherness proved that Kyocera is on its way to becoming the easiest company to do business with.

Which, by the way, just so happens to be the first plank in the company’s action plan.

Stay tuned for our event Analysis, which will soon be accessible through our Advisory Services by logging in to the InfoCenter. If you’re not a subscriber, just send us an email at sales@keypointintelligence.com for more info. 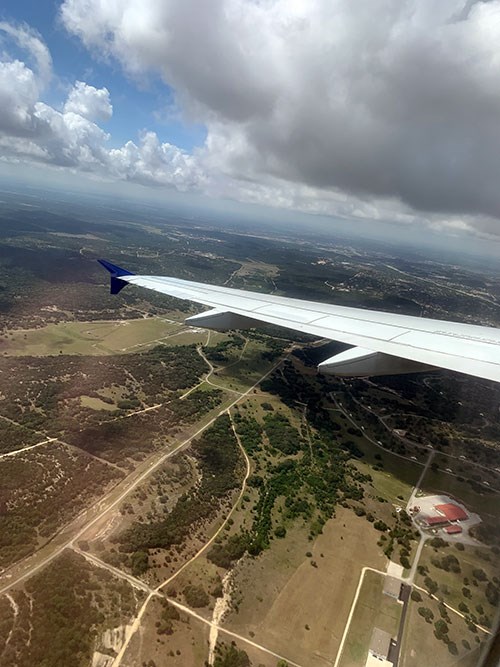 Impressions Expo-Long Beach is the largest and most advanced trade show and conference in the western hemisphere dedicated to apparel decorators. The recent edition—held at the Long Beach Convention Center (Long Beach, California)—included several ex...

Starting in June 2024, the National Archives and Record Administration (NARA) and Office of Management and Budgets (OMB) will only accept digital material that meets the top-tier of FADGI guidelines.

4 Questions with Eric Crump of Ringdale

Even if you just want to reference Ringdale the company, it’s nearly impossible to say “Ringdale” without immediately adding “FollowMe”. I mean, everyone in the print industry knows the solution is synonymous with secure pull printing, right?